First announced in 1990, the Dorothea Lange–Paul Taylor Prize was created by the Center for Documentary Studies at Duke University to encourage collaboration between documentary writers and photographers in the tradition of the acclaimed photographer Dorothea Lange and writer and social scientist Paul Taylor.

The Lange-Taylor Prize is open to documentary artists of any age and nationality who are involved in extended, ongoing fieldwork projects that rely on and exploit, in intriguing and effective ways, the interplay of words and images in the creation and presentation of their work. Single artists as well as collaborative teams are eligible.

The prize is not awarded for completed projects, to artists who are seeking funds to produce a book, exhibit, website, or other outcomes.

Submissions for the Dorothea Lange-Paul Taylor Prize will be accepted from February 15 to May 15, 2019. Entries must be submitted on May 15 before midnight (EST).

The winner will be announced to the public in September 2019.

The winner receives $10,000, features in Center for Documentary Studies’ digital publications, and inclusion in the Archive of Documentary Arts at Rubenstein Library, Duke University. 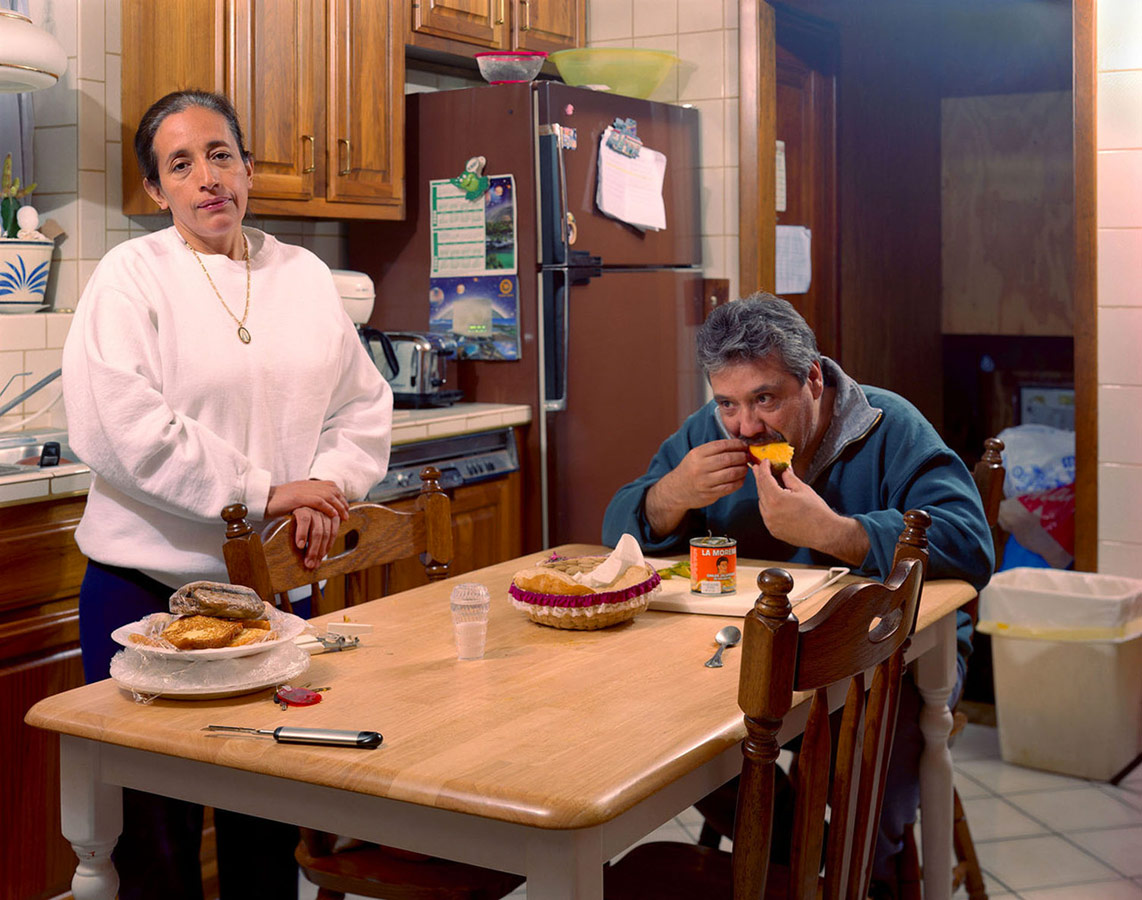 Ramos’s winning proposal, “The Land of Illustrious Men”—the informal name of Lampazos de Naranjo, the town where his mother’s family comes from in the state of Nuevo León, Mexico—is a “photo-novella” that combines photographs and writing with family photographs and ephemera to explore the “understated drama of many immigrants’ lives in the United States of America,” as Ramos writes.

“My parents are Mexican, and they both immigrated to the United States for a better life. They met at an English language class in Chicago. As a first-generation immigrant, I am a new identity, and I embrace that Identity. I have been working on this project for nineteen years, taking photographs in Illinois and Nuevo León of the people and places that reflect my life between two worlds. The text is a combination of my parents’ history passed down to me, along with my ideas and feelings about their stories. I have written the text in a matter-of-fact way but something more than facts is hidden inside these sentences; there is drama, comedy, aggression, dreams, death, love, faith, hope, and more. The novella, or as many people call it, soap opera, does work that the photographs cannot do on their own, and makes it more democratic. This is a crucial point for me, because all I have wanted in life is to tell the story of those who do not get the chance to do so and to have it heard by many.”

My grandmother always used to brag about how many illustrious men came out of her hometown. Whenever I would answer, ‘Yeah how many of them did you know?’ She would look at me and say, “I didn’t know any of them. I was hoping you would become one of them.” I think back on her remark now, and I can sincerely say that all the people in this project are ‘illustrious men’ because they have worked for a dream.”

With the help of the prize, I plan on continuing work on the photo-novella by doing scholarly research on issues of identity, immigration, and cultural assimilation, as well as traveling back to Mexico to photograph and search for more archival images.”