“These are strange times for reality. The deeper we are entangled in the era of post-truth, the more malleable both it and our own perception become. We no longer believe our own eyes, seeing only what we already believe.”

‘Centralia’ is a tale of fractured landscape in extremis. The shifting planes of reality: an India of the mind, a place both hyper real and metaphorical; familiar yet alien.

Dazzled by an apocalyptic beauty; by eclipse and fire; by joy, dread and dream; by life and death. ‘Centralia’ is a passage deep into the forests of central India where a little known and under reported conflict between a Maoist guerrilla army and the Indian state slowly simmers.

The endgame is confusion. Truth is expedient with alliances and identity shifting: shadows across a landscape, ghosts emerging from a jungle wilderness.

Encounters are faked by the military and former insurgents wear the uniform of the police. Massacres are brutal and reprisals are swift. Within this labyrinthine conflict, the people of this mineral rich land are transfixed.My hybrid methodology eschews specificity, and is deliberately disjointed, stripping images of trite visual cues that often simplify complex geopolitical realities. Like shadows across the Moon, specifics rarely herald understanding. The idea inherent – seeing is believing – ‘Centralia’ explores the unsteady relationship between reality and fiction and how our perceptions of reality and truth are manipulated.

The tale draws on contemporary documentary practice to reflect the bewildering atmosphere of a nation using pictures of foreboding landscapes and rituals alongside images of locals uncovering crime scenes.

Seeking to liberate images from the oppression of specificity, gazing beyond the Jungle Book, and associating this invisible conflict with wider issues of environmental degradation. Such exploitation comes at a price: the transmogrification of violence into the de-facto language of politics. The voice of resistance is buried by alternate facts. Freedom is shrinking and what we say and who we are is being obscured.

‘Centralia’ is a cautionary tale of where we are heading as a global society. Taking a cue from Walter Benjamin, we live in a permanent state of emergency, the rule of law is always backed up by brute force and in the fragmented reality of this insurrection, this reality is revealed, in all it’s horror and splendour. 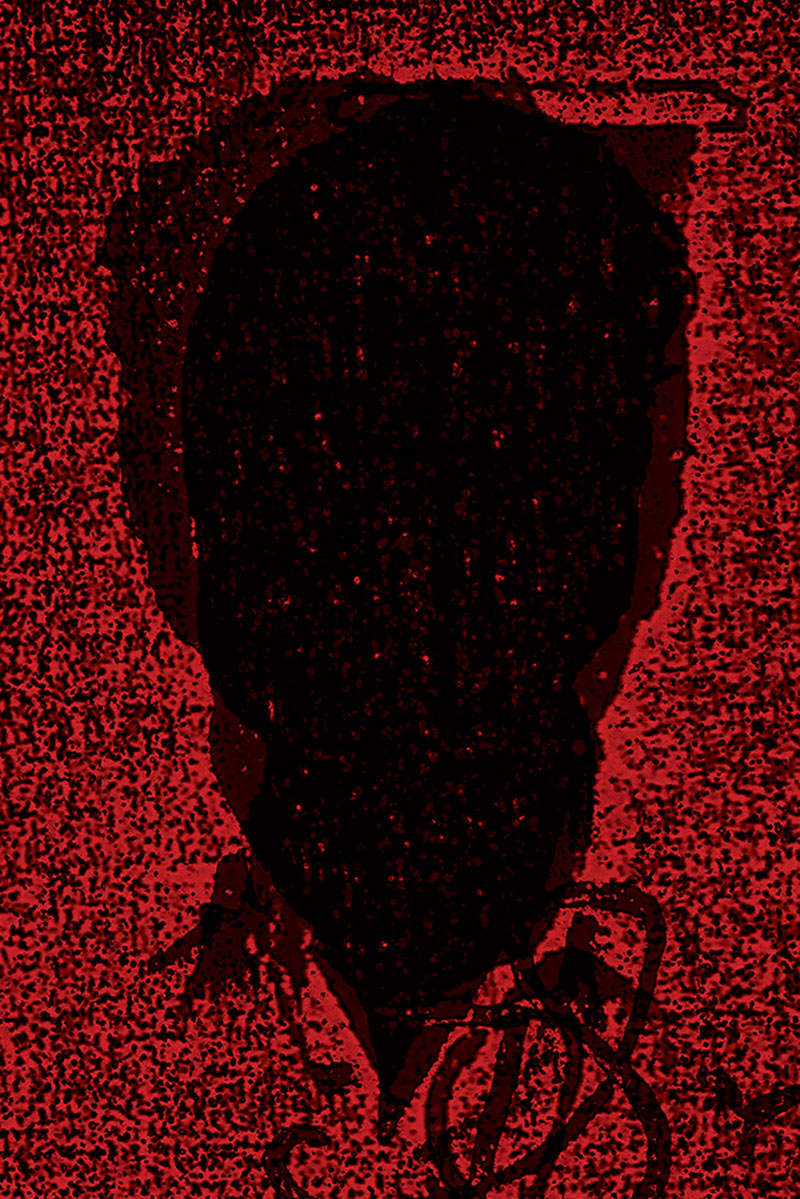 We live in a society in which our visual perceptions are bombarded all the time. Every single day in front of our eyes a huge amount of pictures of war and devastation flows, and we do not seem to feel any kind of feelings about them – we no longer “see” them. The bodies and the faces we keep on ab- sorbing are turning us into alleged unaware voyeurs, and still we remain accustomed to pictures that neither offend us nor urge us to reflect. The paradox of that is we are driven to reflect only when a picture doesn’t show all those war-related elements, such as dead bodies or weapons. With the reportage photographs of my private archives, shot during the Ukrainian war – from the riots in Maidan Square, to the parting of the Crimea, to the war in Donbass fro 8 months– i reconstruct such events with overlaps, cuts and corrosions. The aim is to create a different iconographic repertoire, to revise and to change the way to tell the war, without erasing the historical and cultural roots of such events. 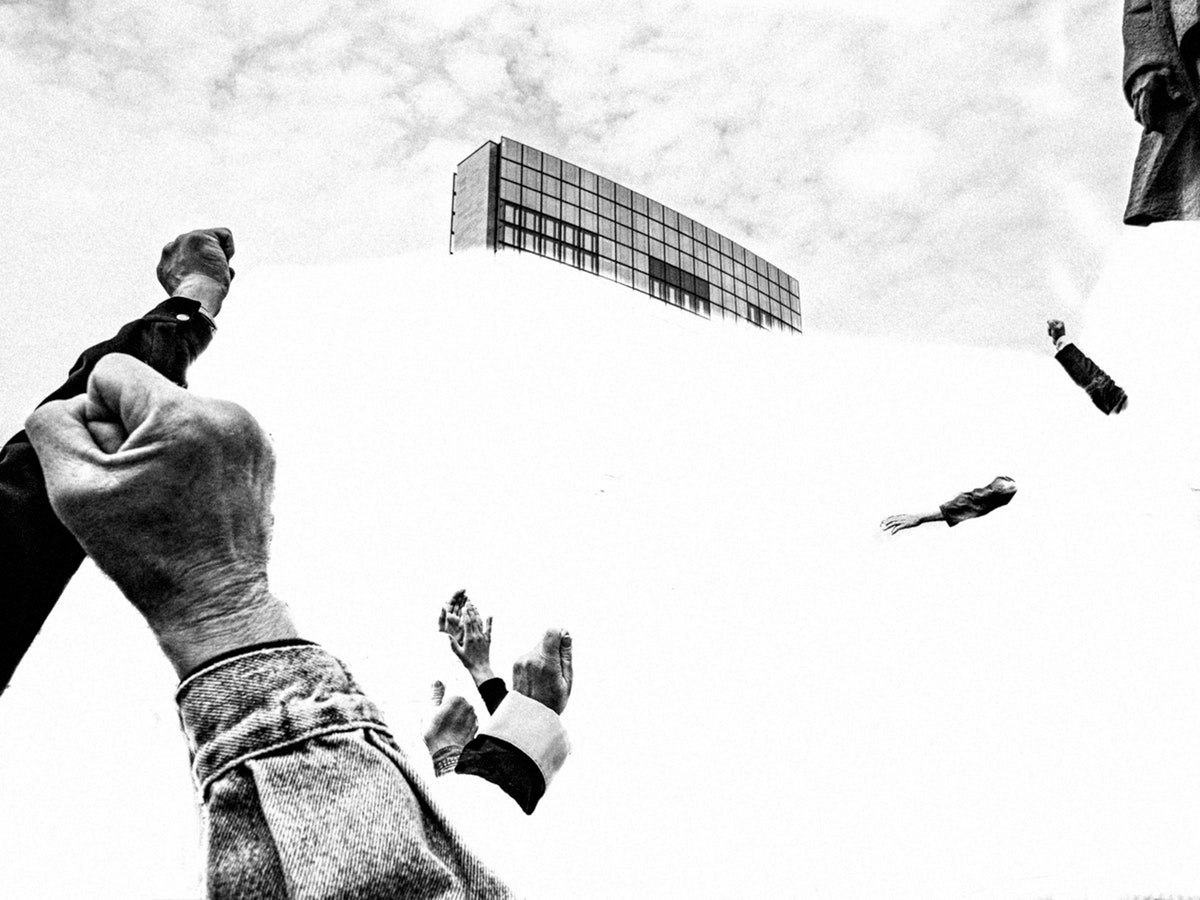 I shot the first picture of Deceitful Reverence while I was in Lodz, Poland, shortly after returning from a two-month treatment for alcohol addiction in a closed institution. I got addicted when I was in high school, and have drunk compulsively for almost 8 years. In some way, photography saved my life.

I learned to exist without high, fake stimulations. After the treatment, I felt that I could start my life with a new beginning.

I started with taking pictures of my surroundings. It became my way to express my feelings, the chaos in my head.

In Deceitful Reverence I want to show my visions, emotions, dreams from my past and present life. It is an individual, personal look at the inner and outer world, which is constantly stirred and interacting with one another, pervading…

It’s a kind of poem, a diary and a therapy. 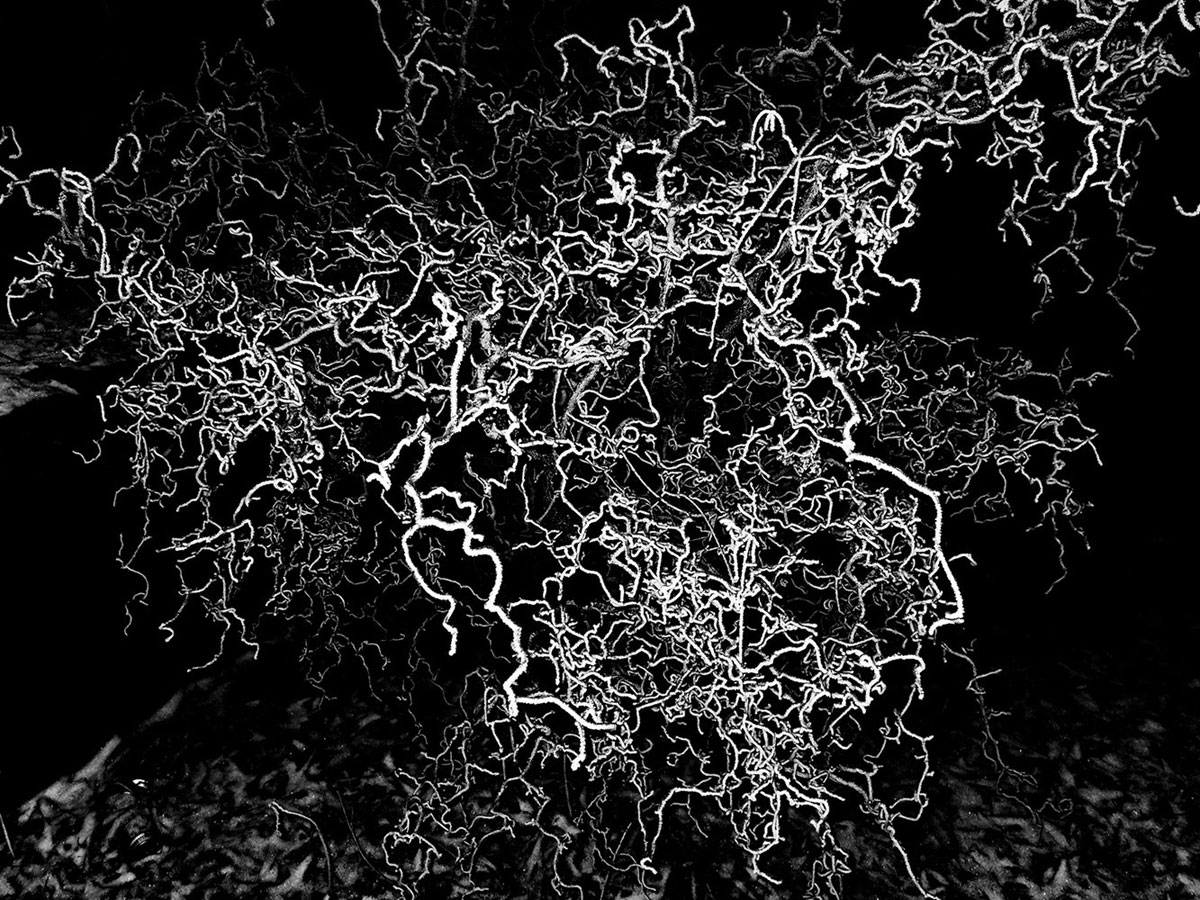 Why ‘saints’? The correlation between the title of my book and its subject matter is not an obvious one. I chose the word ‘Saints’ because, to me, it is the signifier of a spiritual search. What I was looking for with my work was a missing spiritual connection: something linking me with the people portrayed in these photos, or linking them with my city, or me with the lingering shadow of my past.

In the fall of 2012, my involvement in an unrelated work brought me to Victoria Square, in downtown Athens. In these early stages my goal was to capture the everyday life of the children – most of them refugees from Afghanistan – that worked and played on the square. It quickly became about much more than that. It became about childhood – that broken mirror image of adult life – and the forces tearing it apart: fragility and unconstrained freedom, the brutal violence of war and the instinctive expression of child’s play.

The Saint is he who opens to the sinner the way to atonement and transcendence. The bond I formed with three of the children and their families released a tension that took away all my innermost fears. I’m afraid it might sound a little self-centered, but that is how I looked at their world: through my own eyes. By delving into intimate feelings and personal truths, the memories and primeval impulses that struggled inside me to reach the surface were suddenly free to pour forth.

These photos don’t tell any stories. They are a free association of images, reflections of the way I felt about our encounter.

By 2015 all the people I knew had left Greece. I documented the refugee crisis that broke out in August of that year: surrounded by TV Channels and photojournalists from all over the world, I took my last pictures. It was a time for international headlines – personal journeys and friendships seemed now out of fashion. A few days later I decided the time had come to commit this experience into the book I had been planning and I finally left for Italy to edit it. 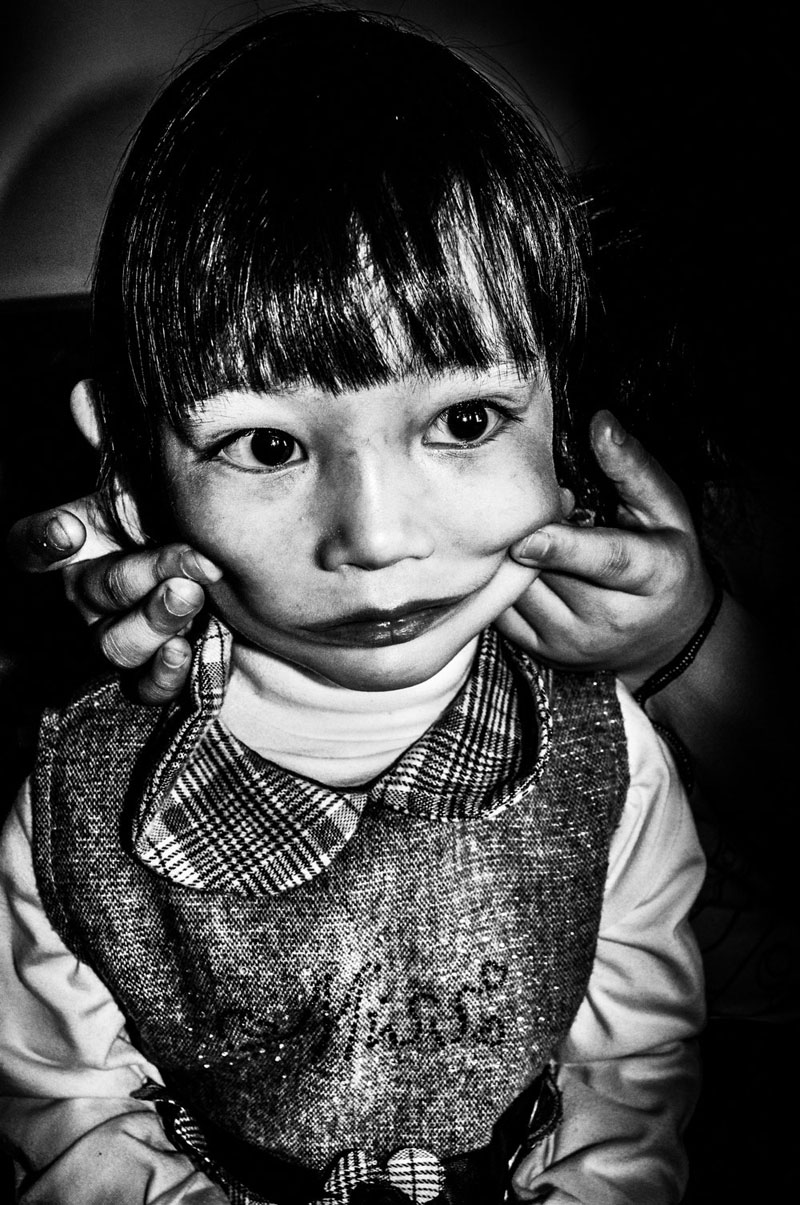 I have traveled to Egypt regularly since the beginning of the revolution in 2011, trying to find trust in times of turmoil and suspicion, where private life is often shielded. I asked people I met by chance if I could spend the night at their homes. Women, their husbands and children shared their daily life, their food and even their bed with me. This mutual engagement is truly important for me. Nevertheless, as I keep trying to connect, I gradually became more aware of my status as an outsider, both culturally and as a photographer. Whilst dialogue and interaction are indeed of key importance, I will always remain a visitor from the West, a woman, a photographer.

How could I capture my doubts and add more of the country’s complexity in the book that I was making? I could not publish it like that. In 2017, I revisited the country with a first draft of this book, inviting other people to write comments directly onto the photographs. The photographs have now become meeting places: contrasting views on country, religion, society and photography arise between people who would otherwise never cross paths.

The book is an exact reproduction of the dummy I took back home with me from Egypt after the last visit. The Included booklet features all of the handwritten notes in the original Arabic as well as the translations.