Focus on the Story Awards

Focus on the Story is looking for images that explore the human condition, allowing for a broad interpretation of the emotions, struggles, conflicts and needs that shape human existence.

Among the factors judges will consider is how the images tell the story of an individual or group struggle against challenges (whether they are natural, political or economic); shine a light on marginalized or disenfranchised segments of society; or bring attention to people, places, events or things that are making a positive difference in their communities, region or the world, in general.

Focus on the Story Awards 2018 Winners

© Alain Schroeder
Who will save the Rohingya? 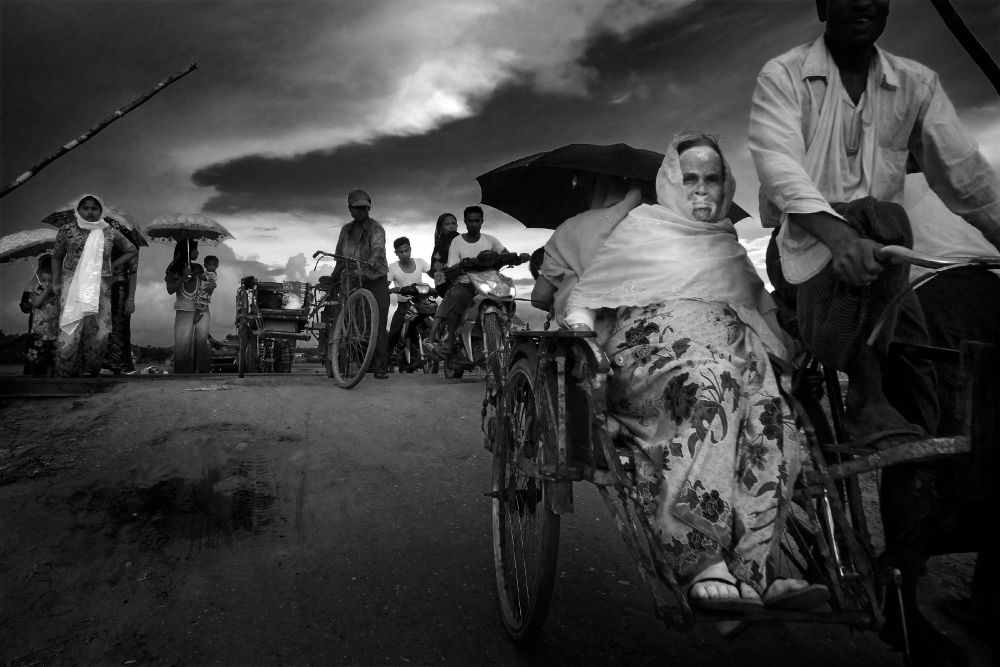 The Rohingya Muslim minority is an inconvenient ethnic group for the new government of Myanmar … While many of the country’s 135 ethnic minorities have been subjected to discrimination and human rights violations, only the Rohingya, the Muslim population of Burma’s western Rakhine state that borders Bangladesh, have been stripped of all rights including citizenship (1982) … In June 2012, a cortege led by radical Buddhist monks, Rakhine Buddhist civilians (discriminated against in their own right and fueled by decades of anti-Muslim sentiment) and police stormed thru Rohingya neighborhoods in the capital of Sittwe slaughtering people, burning homes and mosques. The “conflict” (as it is commonly referred to), well-orchestrated by the government, effectively displaced approximately 140,000 Rohingya forcing them into detention camps on the outskirts of the city … While the country’s historic turn towards democracy should be encouraging, the plight of the Rohingya is far from over and on the ground the prospects for this traumatized minority look rather grim. 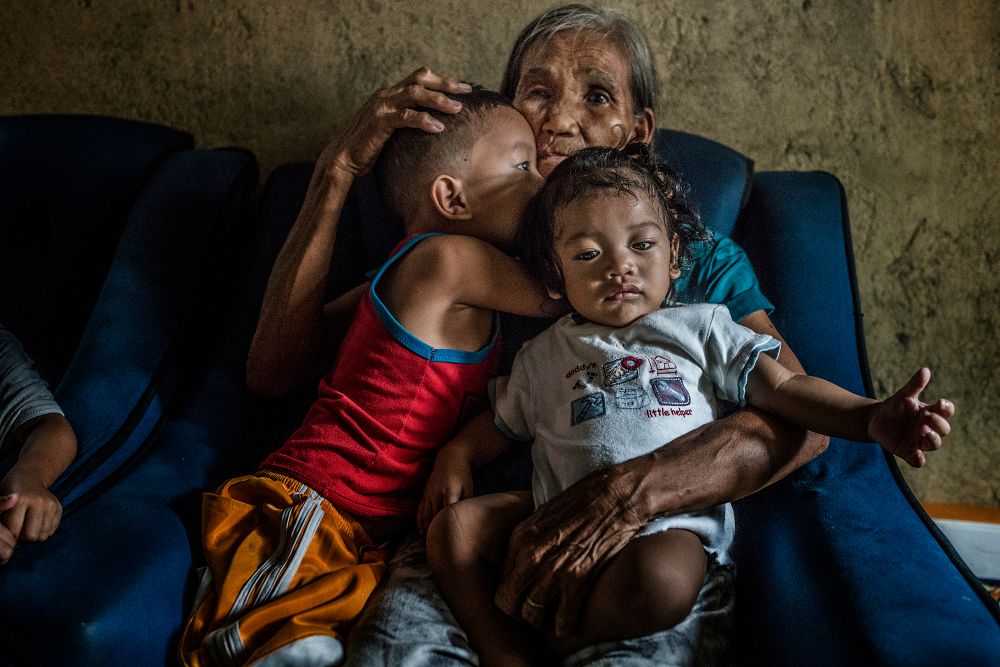 The impoverished and powerless, trapped in squalor, believed that, in Duterte, they’d finally found their savior, their champion. Instead Duterte has unleashed masked assassins in a spasm of slaughter that hangs thick and heavy, like a medieval darkness, creating a siege mentality in the slums – delivering assassination with impunity, without pause – an estimated 12,000 deaths (Human Rights Watch/ Dec. 2017) and counting … As is common with any form of war or violence, the vast majority of those left to raise fatherless children are women. This series tells their stories. Because you don’t hear much, if anything, anymore about the drug war, these words by Martin Luther King, Jr. make more sense than ever, ‘the silence of the good people is more dangerous than the brutality of the bad people.’ This story must be told and my goal is not to rest until I can share the truth to everyone willing to look and listen. 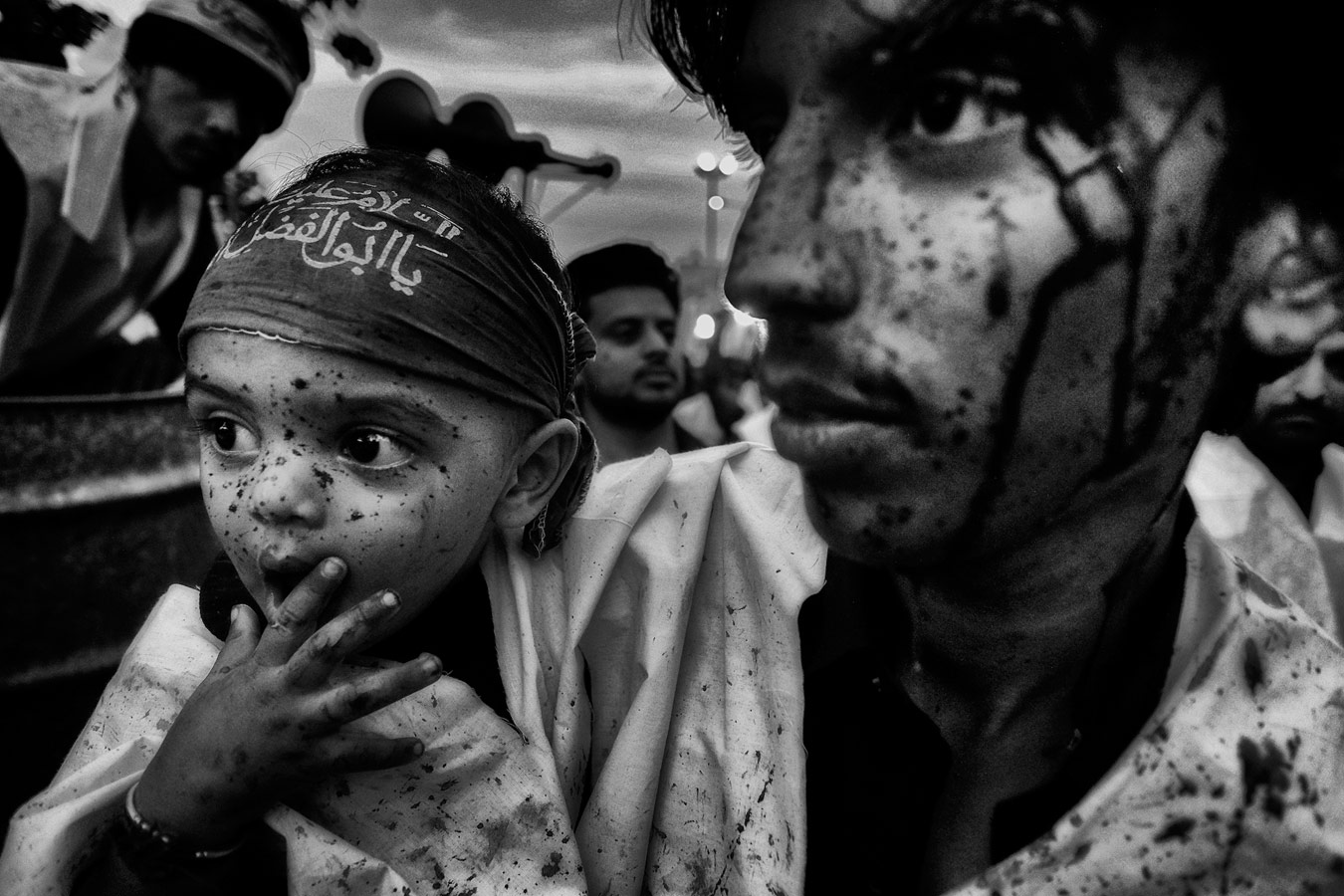 In the old city of Hyderabad the historic Bibi Ka Alam procession is being taken out to pay tributes to the martyrs of Karbala with thousands of mourners for the ceremonial of chest beating and self flagellation. Blood splashes all over the place on a father and his son. © Alain Schroeder 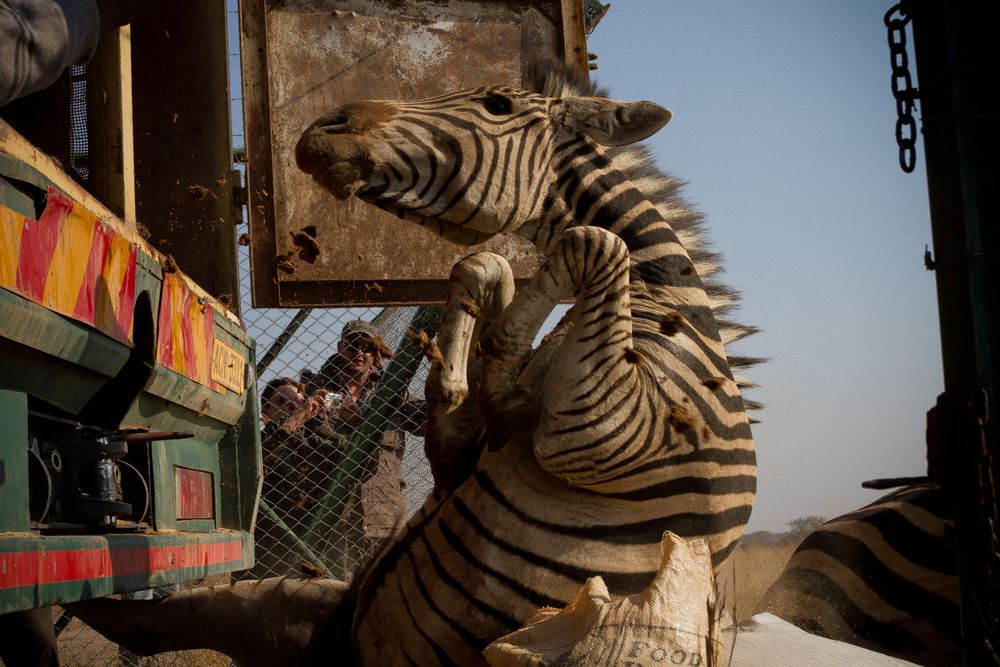 Tourists and volunteers watch zebras being released into a semi-wild ecosystem that is monitored by conservationists for a lion breeding and release program. 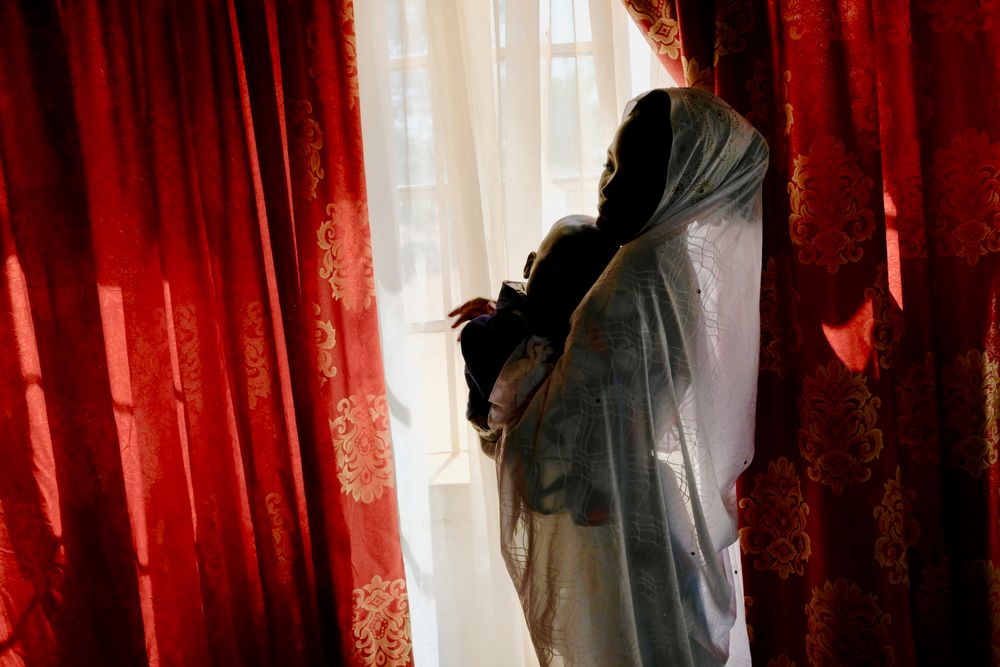 Salamatu Umar was photographed in Maiduguri, the capital of Borno State, northeastern Nigeria. She was kidnapped by Boko Haram and given to one of their commanders as a wife. She was in captivity for a year, during which time she had a baby. She escaped and is now back with her family. 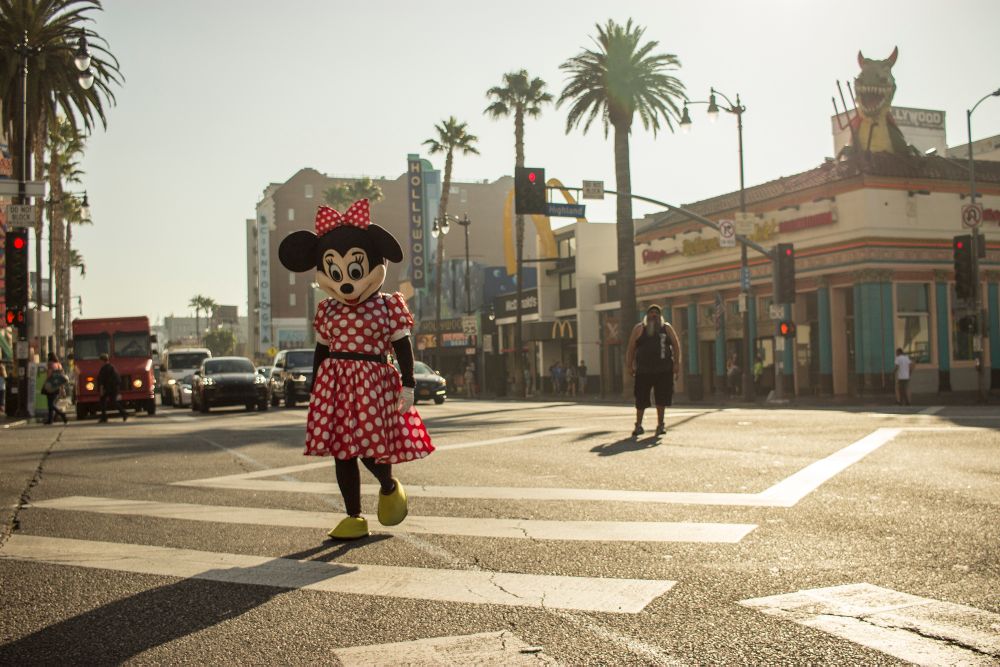 Even as a young punk I was fascinated with the spectacle of Hollywood Boulevard. Equal parts circus and train wreck, for me it has always been a microcosm of all that is funky about America. Celebrity worship, garish displays of wealth, drug addiction, homelessness, exploitation, and urban decay, all on display for mindless tourists who meander through, handing out the money that perpetuates it all. 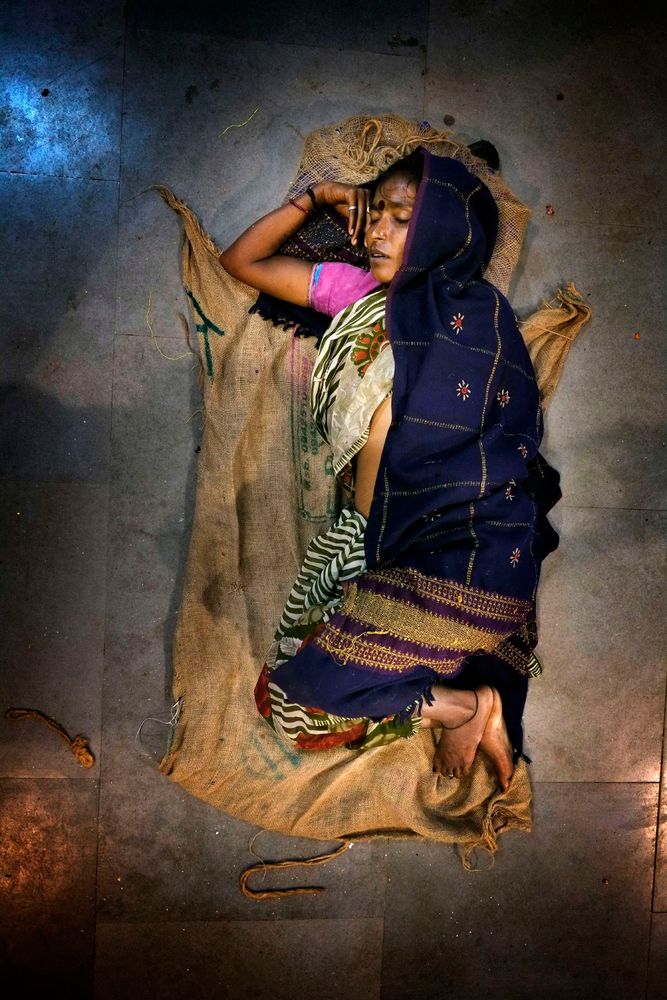 India, West Bengal State, Calcutta. Dreamland. People sleeping, day and night, alone or in groups, are an integral part of the Indian landscape. All types of social groups find it perfectly normal to sleep in what might be considered unusual places. 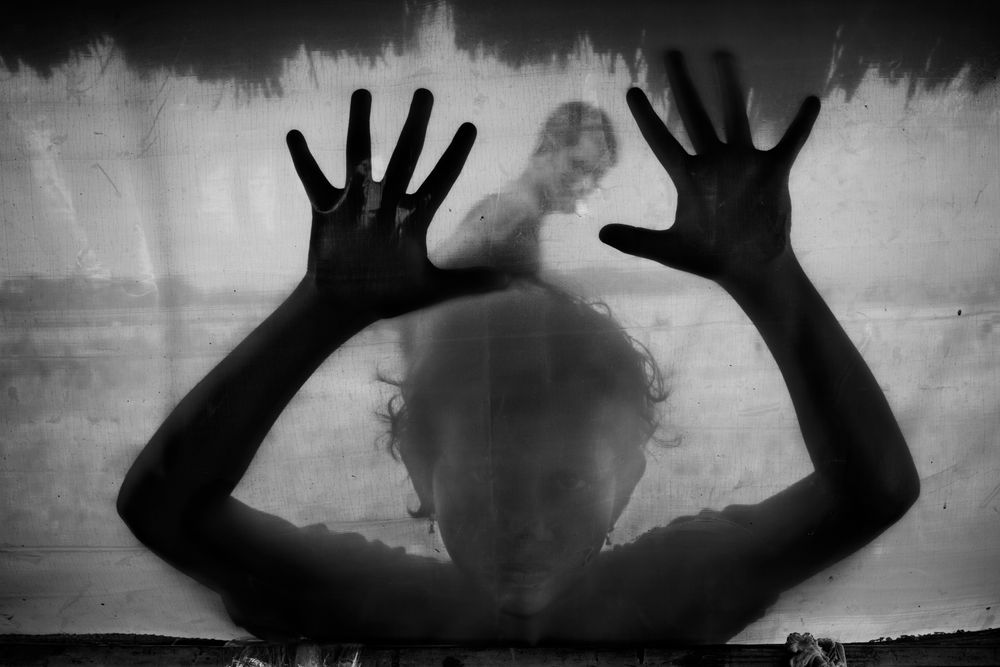 Banishanta – located on a small riverbank village in Mongla, southern Bangladesh, is one of twenty legal brothels in the country. Populated by women who ‘do not exist,’ many in their young teenage years, who never imagined themselves destined to a life as sex slaves. Sold, kidnapped or coerced, most are unregistered at birth and possess no passport or document with which to identify them. A fact that makes it nearly impossible for them to leave the island in search of a better life when they are no longer of value to their Madame… 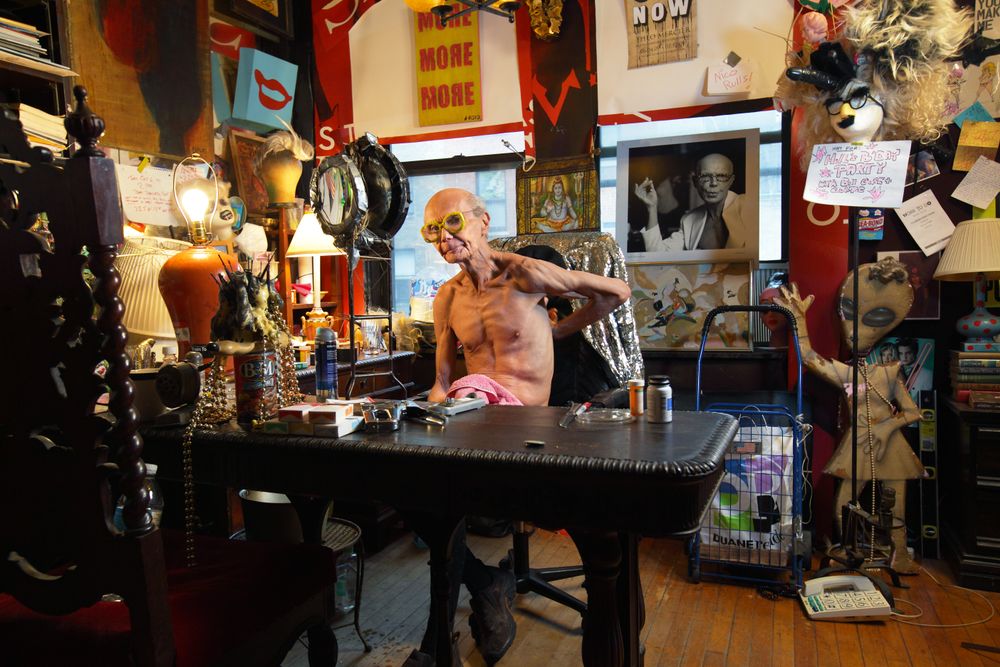 Kings & Queens in Their Castles has been called one of the most ambitious photo series ever conducted of the LGBTQ experience in the USA. Over 15 years, Atwood photographed more than 350 subjects at home nationwide, including nearly 100 celebrities. With individuals from 30 states, Atwood offers a window into the lives and homes of some of America’s most intriguing and eccentric personalities. 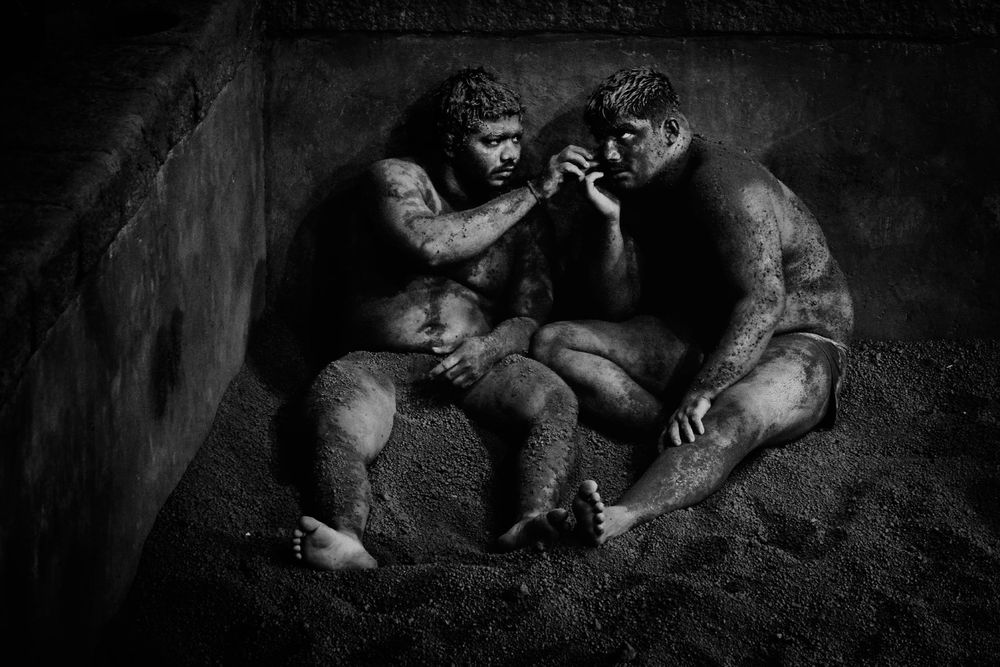 Kushti is the traditional form of Indian wrestling. Practiced in an Akhara, the wrestlers, under the supervision of a guru, dedicate their bodies and minds to Kushti on average for 6 to 36 months. It is a way of life and a spartan existence that requires rigorous discipline. Experienced wrestlers set the example and transmit their skills in the pit and in the community to the younger boys (7-8 years old) and new recruits, whereby promoting camaraderie, solidarity and fraternity.